From September 18 – 28, Pillsbury House Theatre is ecstatic to return to live in-person theatre once again with Aleshea Harris’ What to Send Up When It Goes Down. This is the directorial debut of PHT’s new Artistic Producer, Signe V. Harriday and is a remount of our previous production, which was presented July 2 – 18, 2021.

Part ritual and part theatrical experience, What to Send Up When It Goes Down is a fiercely innovative play that sets out to disrupt the pervasiveness of anti-blackness and rejoice in the resilience of Black People throughout history. Using monologues, scenes, songs and discussion the play offers space for examination, reflection and ultimately a cathartic cleansing of harm caused by anti-blackness that permeates us all. 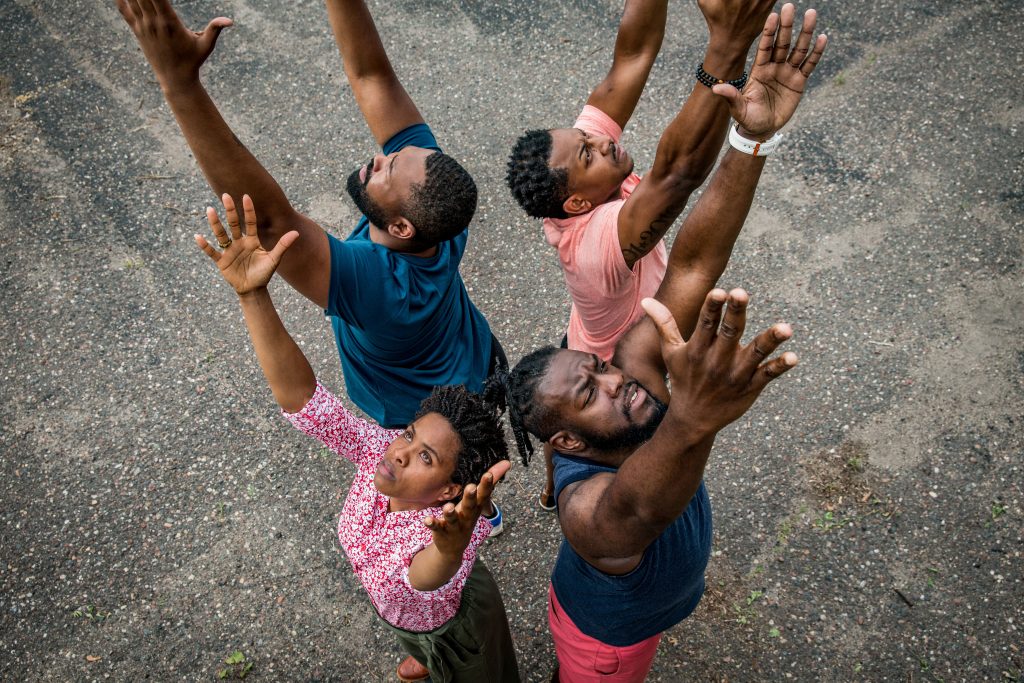 This play was created for a Black audience but all are welcome. The intention of the play is to create a space for as many Black-identifying audience members as possible.

What to Send Up When It Goes Down
by Aleshea Harris

* denotes a member of the Actors’ Equity Association.

Pick-your-price tickets are on sale now. Performances take place outdoors in the PHT parking lot at 3519 Chicago Ave. Audiences are highly encouraged to bring their own seating. Each show will be capped at 50 people. FACIAL MASKS ARE REQUIRED TO ATTEND. Box office will stop taking calls half an hour before show opening due to space limitations.

What to Send Up When It Goes Down is presented by arrangement with Concord Theatricals on behalf of Samuel French, Inc. www.concordtheatricals.com

WHAT TO SEND UP WHEN IT GOES DOWN

What to Send Up When it Goes Down” is presented by arrangement with Concord Theatricals on behalf of Samuel French, Inc. www.concordtheatricals.com
.
THE VIDEOTAPING OR MAKING OF ELECTRONIC OR OTHER AUDIO AND/OR VISUAL RECORDINGS OF THIS PRODUCTION AND DISTRIBUTING RECORDINGS OR STREAMS IN ANY MEDIUM, INCLUDING THE INTERNET, IS STRICTLY PROHIBITED, A VIOLATION OF THE AUTHOR(S)’S RIGHTS AND ACTIONABLE UNDER UNITED STATES COPYRIGHT LAW. FOR MORE INFORMATION PLEASE VISIT: 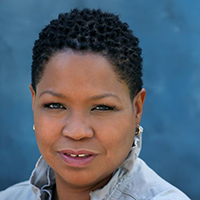 AIMEE K. BRYANT* (COMPANY)
Aimee K. Bryant has built a lengthy resume performing on stages throughout the Twin Cities since she graduated from Howard University. Most recently, she appeared in Dining With the Ancestors at the Guthrie, Riddle Puzzle Plot with Park Square, and Promise of America with MN Jewish Theatre. In addition to being an actor, Aimee is a teaching artist, songwriter, and vocalist. Her debut CD, Becoming, is now available online. Aimee was named City Pages 2015 Actress of the Year, and was a McKnight Theatre Artist Fellow for 2015-2016. 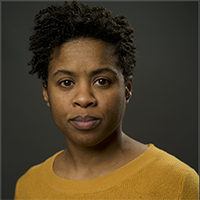 ALEXIS CAMILLE (COMPANY)
Alexis Camille is an actor, storyteller, and educator living in Minneapolis, MN. They began studying theater and improv in Oakland, CA after serving in the U.S. Marines. They work with HUGE Improv Theater, The Theater of Public Policy, and internationally known Blackout Improv, and are thrilled to be part of the Pillsbury House Theatre community. Alexis made their film debut in the award winning short “Bathroom Break,” which premiered at the Montreal Feminist Film Festival in 2020. Alexis Camille especially appreciates contributing to endeavors that create a culture of self-expression, inclusivity, open dialogue, laughter, and healing via the arts. 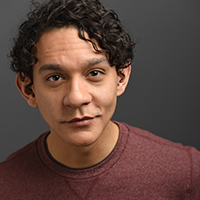 RYAN COLBERT* (COMPANY)
Ryan Colbert is born and raised in Minneapolis, MN. Cedar-Riverside and Southside. REPRESENT. After graduating from the University of MN/Guthrie BFA Acting program, he has worked with various theaters around Twin-Cities. His first production with Pillsbury House + Theater was a new work by Tracy Scott Wilson (Prep). Other theaters include: Mixed Blood theater (Charm, Colossal), The Guthrie theater (Choir Boy, Frankenstein – Playing With Fire, As You Like It, Born Yesterday, A Christmas Carol), Ten Thousand Things (Sins of Sor Juana), Park Square Theater (Great Expectations, Romeo and Juliet, The Color Purple, Calendar Girls, Agatha Christie’s Rule of Thumb), Children’s Theater Company (The Lorax, The Sneetches, The Abominables), and more. 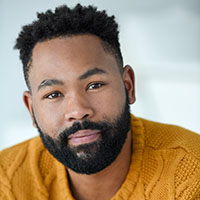 JUCOBY JOHNSON* (COMPANY)
JuCoby Johnson is truly honored to be making his Pillsbury House Theatre debut. He has been seen onstage at The Guthrie Theater, Cincinnati Playhouse in the Park, The Jungle Theater, Theater Latté Da, Theater Mu, Ten Thousand Things Theatre Company, and many more. His plays include How It’s Gon Be (Underdog Theater, 2019), …but you could’ve held my hand (Developed at the 2020 O’Neill National Playwrights Conference), 5 (2021 O’Neill NPC Finalist, Seven Devils Finalist), I’ll Be Seeing You Again (Jungle Serial Audio Series, 2021) and Revelations (Playing On Air, 2021). He is a 2021-2022 McKnight Fellow in Playwriting.

RAJANÉ KATURAH* (COMPANY)
Rajané Katurah is delighted to be making her Pillsbury House debut! Select theatre credits include Cinderella with Children’s Theatre Company, Smokey Joe’s Cafe with Ordway Center of Performing Arts, Thunder Knockin’ At the Door with Ten Thousand Things and Marie & Rosetta with Park Square Theatre. She earned a B.A in Theatre from Spelman College and has also trained at The British American Drama Academy. Thank you to AEA for guiding us back home! 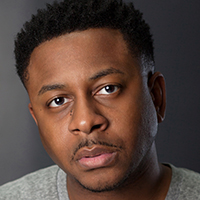 DARRICK MOSLEY* (COMPANY)
Darrick Mosley is delighted to be making his debut at Pillsbury House Theatre. His credits include A Raisin in the Sun with Park Square Theatre, Highwaymen with History Theatre, Choir Boy with The Guthrie Theater, and The Ballad of Emmett Till with Penumbra Theatre. Darrick is a native of Mansfield, Louisiana. He received his BA in Speech & Theatre from Grambling State University.

MIKELL SAPP* (COMPANY)
Mikell Sapp is delighted to be returning to Pillsbury House Theatre. Some of his credits include Broke-ology with Pillsbury House Theatre, The Ballad of Emmett Till with Penumbra Theatre, The Agitators with Park Square Theatre and The Snowy Day with Children’s Theatre Company. He is a proud graduate of Alabama State University and a native of Phenix City, AL. 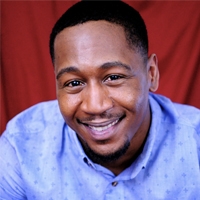 DARIUS DOTCH* (COMPANY)
Actor and Hip Hop artist Darius Dotch is excited to make a return to Pillsbury House! He most recently performed for Pillsbury in the Ivey Award winning show Marcus or the Secret of Sweet which played at Guthrie Theater. Other career highlights include Raisin in the Sun at Park Square Theatre, Skelton Crew at Yellow Tree Theatre, Bars and Measures at Jungle Theatre and Pipeline at Penumbra Theatre. Dotch’s next performance will be at History Theatre in which he’ll star in the brand new play Not in Our Neighborhood by Eric Wood and Tom Fabel. 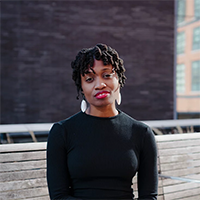 ALESHEA HARRIS (PLAYWRIGHT)
Aleshea Harris’s play Is God Is (directed by Taibi Magar at Soho Rep) won the 2016 Relentless Award, an OBIE Award for playwriting in 2017, the Helen Merrill Playwriting Award in 2019 and was a finalist for the Susan Smith Blackburn Prize.

What to Send Up When It Goes Down (directed by Whitney White, produced by The Movement Theatre Company), a play-pageant-ritual response to anti-blackness, had its critically-acclaimed NYC premiere in 2018, was featured in the April 2019 issue of American Theatre Magazine and received a rare special commendation from the Susan Smith Blackburn Prize.

Harris was awarded a Windham-Campbell Literary Prize and the Mimi Steinberg Playwriting Award in 2020 and the Hermitage Greenfield Prize in 2021. She has performed her own work at the Edinburgh Fringe Festival, Orlando Fringe Festival, REDCAT, as part of La Fête du Livre at La Comèdie de Saint-Étienne and at the Skirball Center in Los Angeles. Harris is a two-time MacDowell Fellow and has enjoyed residencies at Hedgebrook and Djerassi.

SIGNE V. HARRIDAY (DIRECTOR)
Signe V. Harriday is a director, multidisciplinary artist, and performer. She is co-founder of MaMa mOsAiC and an Associate Company Member of Pillsbury House Theatre. She earned her MFA in Acting at the American Repertory Theatre/Moscow Art Theatre Institute for Advanced Theater Training at Harvard University. 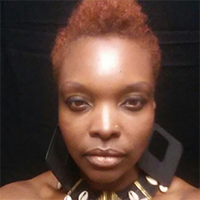 Queen Drea has created work about depression in the Black community, the loss of Black men’s lives in America, and an Afro-Futurist operetta “From Black Wombs” about two sisters who have lost their parents in the revolutionary war against white supremacy. She has been commissioned to compose soundscapes for Ananya Dance Theatre and Black Label Movement, sound design for Penumbra Theatre’s production of “For Colored Girls”, as well as Pillsbury House Theater’s “Great Divide” 3 and 4. Queen Drea is a 2019 ASHE Lab Fellow with Penumbra Theater, a 2020 Naked Stages Fellow with Pillsbury House Theater, and 2021 Jerome Fellow Finalist. https://www.queendrea.com
“I have been investigating some thoughts on Black Love and how it is strong enough to withstand being denied. Acknowledging that the way we came to this country and the way our families were separated in the name of capitalism is the reason why we are separated now. Acknowledging the pain of this reality. Acknowledging the beauty of this reality. Acknowledging Black Love in its many forms and expressing this love through my art.” –Queen Drea 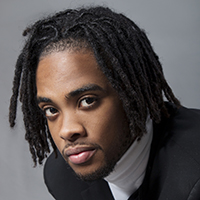 STERLING MILLER (COVID SAFETY OFFICER)
Sterling is very grateful to be making his debut at Pillsbury House Theatre as the CSO for the company. He is a recent graduate of Dillard University and believes wholeheartedly in black liberation for ALL black folks. 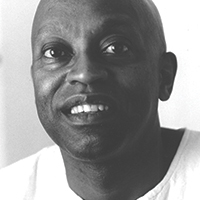 SEITU JONES (SET DESIGNER)
Seitu is a St. Paul visual artist. Working on his own or in collaboration with other artists or communities, Seitu Jones has created over 30 large-scale public artworks. As a scenic designer, he has created sets for Penumbra Theater (where he is a company member), Minneapolis Children’s Theater, the Guthrie Theater, the Illusion Theater, Ananya Dance Theater, Pangea World Theater, and Park Square Theater. 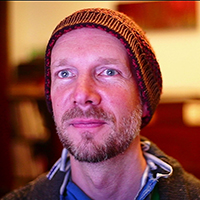 KATHY KOHL (COSTUME DESIGN)
Kathy Kohl worked with Pillsbury House years ago on Splash Hatch on the E Going Down, and has helped to realize young peoples’ amazing costume visions in the Chicago Avenue Project. Last shows before the pandemic shutdown were Frank Theatre’s The Convert, Walking Shadow Theatre’s The Ugly One, Penumbra’s (unproduced) How Black Mothers Say I Love You. This year she provided costumes for Open Eye Figure Theatre’s current production, Log Jam! Kathy has an MFA from the University of Minnesota and has worked as a freelance costumer in the Twin Cities for over three decades. 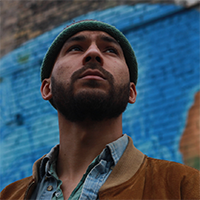 Jordan M. Hamilton (b.1989) is multi-disciplinary visual artist. His work explores embodiment of spirit & expression of cosmic & elemental energy through semi-abstract narratives. Immersed in the arts from a young age, Graffiti art propelled Jordan into an artistic practice in 2003, followed by branching into mural making & studio arts, exploring painting, sculpture, collage, installation, digital arts, puppetry, performance, adornment & mixed media. Since 2005, Jordan has contributed to & led dozens of community murals & public arts. His work has been featured in numerous exhibitions, streets & stages throughout the Twin Cities. Jordan’s work is deeply woven with community, informed through ancestry & influenced by spirit, with an affinity for the abstract. Infinite aspects. 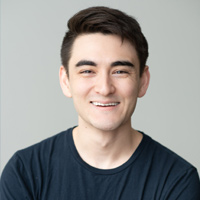 Kenji is a local Stage Manager and Prop Designer and is delighted to be working his first show with Pillsbury House Theatre! “Recent” (pre-pandemic) credits include Peerless with Theater Mu, Aubergine with Park Square Theatre, The Convert with Frank Theater, and 20+ production with Stages Theatre Company, where he previously worked as a Production Associate.

Funding from state and federal government agencies, local and national foundations and donations from individual donors fuel Pillsbury House Theatre’s work. Contributions support not only our Mainstage and Naked Stages seasons, but also the Chicago Avenue Project and our community engagement programs.
Thank you to all donors for your generosity. If you have made a donation in the last year and do not find your name listed below, we apologize for the omission and ask that you let us know by contacting Elise Gumm at 612-787-3622 or eliseg@pillsburyhousetheatre.org.