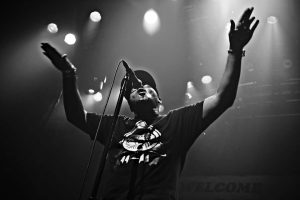 Perspective: Confronting black male stereotypes and the demonization of his Being. An exorcism as art.

In this adventure, Truth Maze aims to tackle, confront and expose controversies regarding the black male image, and challenges the spirit behind present-day black male trauma. He will reflect on some of today’s attitudes towards black males and the questions around their value, presence, responsibility, power and purpose.

Truth Maze is a cornerstone of the Twin Cities music scene and a major contributor and pioneer of Minneapolis hip hop culture. Born William Harris, a native of Minneapolis, MN, his career started with having a strong rhythmic sense making him a natural drummer from birth. This natural ability would later connect to his uncanny skills as a verbal percussionist known as ‘The Unstoppable B-Fresh’ who started performing in 1984. Two years later he would become part of the premier recording group The I.R.M. Crew which at the time received national notice.

Truth Maze also recorded with Brown Mark of Prince’s Revolution, as well as a host of other guest appearances and compilation projects. His ﬁrst solo project was recorded and released in 2006, on which he would display his expanding versatility. The Expansions and Contractions’ album would prove Truth Maze’s skills as a spoken word artist and musician. A performer who comfortably expresses himself across various genres of music, eclecticism is but second nature to Truth Maze, an artist that easily accomplishes being multidisciplinary. Oya’s Radio is Truth’s newest visionary musical quest, and is once again evidence of his ability to stretch further, utilizing his vocal talent as lead man of the band.  Along with the aforementioned, Truth Maze is now experimenting with dance performance projects, theater, and future artistic collaborations, all while still working with various youth and community organizations.  His art is his passion, activism, and spirit.

To date, some of Truth Maze’s notable performances include: 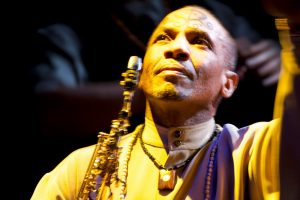 Ovadiel is original from Chicago,Illinois. During his High Schools years, he studied Film & Literature, Music and Art. He had the opportunity to attend the Art Insitutie of Chicago. He served in the Military. Graduated from AIU International College  (Business) and Uitca College for (Computer Sercurity). Move to Minneapolis/St.Paul area in late 80s. Around the late 90’s begin to connect with Spoken Word community thru the Vibin Collective. He has been very fortunate to have performed with artist, Sam Favors (Jazz Workshop), Gene Adams (Jazz Workshop), Donald Washington (Jazz Workshop), Ahmed and the Creators, Bruce Henry, TruRuts, Wiliam “Truth Maze”, Rochelle James, Kevin Washington,Toni Reams, Marcus Kar and my dear brother Kirk Washington Jr. (Bro-Son) and various other artist in the Twin Cities. He happen to meet his dear brother Kirk at the Living Room Open Mic Nites around 2008. Thats where their friendship and journey began. Kirk and Aster (Wife) gave birth to the Breakfest Club. Ovadiel had the honor of accompanying Kirk at various events throughout their journey. He help him to see art through a different lens, and its relationship to the humanity and community.

I am thankful to all the artist past and present that I have had the opportunity to perform with.