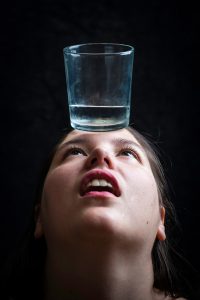 Vulneraries is a performative response to a culture that is afraid of our vulnerability—our “ability to be wounded”. In archaic usage, a “vulnerary” was a botanical remedy that created a protective layer over a wound, allowing a body to self-heal from trauma through the instinctual responses of the nervous system. Vulneraries cure not by dulling our pain but by engaging our body’s innate ability to self-heal when supported by the presence of a compassionate witness. A vulnerary could also be a parent holding a crying child, allowing that child a safe container in which to release their emotions. Or it could the forest that you walk through as you are processing a deep grief, returning to yourself through reawakening to natural cycles of growth and decomposition. Vulneraries asks: what cultural and ecological healing would be possible if we felt safe to be present to our own depth of feeling, if we had the support to traverse emotions such as grief, rage, longing, despair—which many of us know only as destructive forces that consume us—transforming what wounds us into creative acts of opening, of liberation?

Shante’ Sojourn Zenith is a theatre creator, poet, phenomenological philosopher, and clown. Refusing to pin herself down in the manner of a scientist affixing a butterfly specimen to cardboard, Shante’ has allowed her curiosities to remain vast and diffuse… a liminal fluttering of living organisms swirling around her imagination. From 2007-2015, Shante’ inhabited a tradition of Lecoq-based theatre as artistic assistant to Dominique Serrand, Steven Epp, and Nathan Keepers (Jeune Lune and The Moving Company). She has also assisted Mark Rylance (as directing intern for his production of Nice Fish at Guthrie Theater) and taken intensive workshops with Patsy Rodenburg (Voice and Shakespeare) in New York, Philippe Gaulier (neutral masque and Greek tragedy) in France, and Told By An Idiot (directing and devising) in England. She has studied clown for three summers in Switzerland with clown master-teacher Pierre Byland; in 2015 she was also a teaching assistant and translator at Byland’s workshop. Shante’ has further deepened her creations through explorations into poetic ecology and embodiment at Goddard College (Plainfield, Vermont) and Schumacher College (Devon, England), commingling her artistic process with research into cultural and ecological transformation.

Pay-What-You-Want. Pick your own price for every performance, every night.
(Regular price is $16. Anything above $16 is considered a donation.)