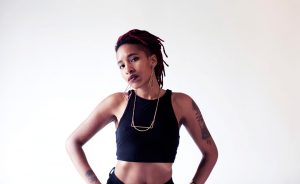 Born and raised in Minneapolis with Southern roots – Sarah White is a soulful songstress, song writer, DJ and culture creator. Her deep melodic musical expressions invade and haunt the sacred and spiritual space of her listeners. She has performed as a singer and emcee internationally – sharing stages and collaborating with talented artists including Yasiin Bey, K-OS, Macy Gray, King Britt, J’Davey, and Jay Electronica.  Sarah has independently released 3 solo albums. Her voice is featured on labels like Bagpak Records, Luire and Rhymesayers from the midwest to Tokyo and she won Scion’s best electronic vocalist competition in 2009.  Recent projects include traveling to Cuba to record in Havana, neon-soul band Shiro Dame, and the new EP, “Laughing at Ghosts”. “Laughing at Ghosts” was featured in Afropunk, Star Tribune and MPR.