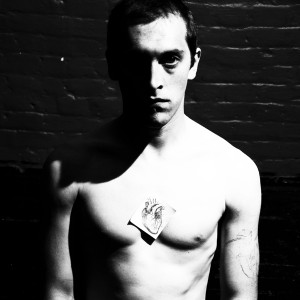 This work focuses on a parallel between that which is animal tendency and that which is human. Politics is inevitably involved in how humans treat their surroundings, each other, and other aspects of a living environment. In this way, the ‘Tiger’ functions to determine how departed humanity is from animalistic tendency and, by extension, contrasts that upon what idealism is contracted by calling itself ‘civil society’. Ideals are often closely guided by morals and this in point leads us to consider the different ideals maintained not only by society in the United States, but also of China and surrounding territories. To be sure, this is not a work that will involve “nation-bashing” or discriminatory racism. Strictly speaking, the work will utilize only an example of Chinese medicine and the applicable values which allow for a substance to be obtained: That of tiger bone. And by paralleling humanity and the endangered tiger one will likely see the poaching and captivity of the tiger (and perhaps all animals) as an in-congruent behavior of humanity to the ideals by which it defines itself ‘Civil’. In short, the work points out that humanity is not that far departed from the animal if it cannot first admit to itself that it is and behaves like an animal, regardless of appearances, when faced with its own mortality.

Ryan Dean is a Minneapolis-based Dance Educator, Musician, and Choreographer. He attended the Monona Academy of Dance (Madison, WI), was a member of Dance Wisconsin, attended Interlochen Arts Academy (Interlochen, MI), as well as the University of Minnesota Twin Cities. He has taught a variety of dance sessions with the Minneapolis Public Schools, The Neighborhood House, and Zenon dance school. Ryan has performed for notable artists such as Jin-Wen Yu, Kim Nofsinger, Vanessa Voskuil, and performed his own work in the Red Eye, Varsity, and 9×22/Bryant Lake Bowl Theatres, Minneapolis Fringe Festival and the Soap Factory. Ryan has a tenacious appetite for the inspired, unusual, and ironic parts of life and uses them to create vivid, humorous, and unrestrained comments in his own work that create inescapable meetings with corporeality. In June 2012 he worked with Johan Amselem, 1st McKnight International Fellow, to create “Bon Appetit!” which premiered at the Tek Box Theater (Minneapolis).