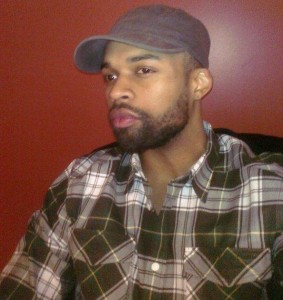 Quentin Moore aka “Q” is a poet/spoken-word/hip-hop artist from the Midwest.  He was raised in the Twin Cities by way of Chicago, IL.  In middle school “Q” developed a knack for writing, specifically poetry.  During high school amidst his mother’s battle with breast cancer Quentin used writing as a tool to survive and cope.  His poetry will always be his “bread and butter”, but he is looking to take on a new challenge as he begins to venture into the world of music.   With less than a year of performing experience Quentin has performed and featured numerous times throughout the Twin Cities.  “Q” was chosen to participate in the Given’s 2009 Black Writer’s Retreat where he honed his skills alongside mentors Ishmael Reed and Laurie Carlos.  According to Quentin, “The top is never capped, so no matter one’s success you must keep grinding.