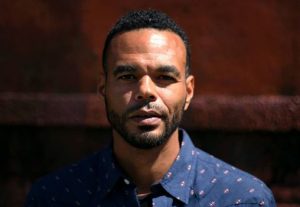 “His catalog of albums stand as some of the most intelligent, thought-provoking hip-hop music ever to come out of the Bay Area”
– San Francisco Chronicle

Now a resident of Brooklyn, New York, Azeem celebrates an award winning film POSTERA featured in multiple film festivals around the globe which is base on his life’s experiences.

A performer who never leaves the audience in danger of something for nothing, he once ranked 2nd Best Solo Slam Poet in the nation under the alias Invisible Man. Azeem was featured in the PBS special The United States of Poetry, and is the author of the award winning solo theater production RUDE produced by The Marsh Theater SF. In 2016, the idea of blending different forms of performance art with visuals was developed with the help of co-creators Zak Cedarholm and HPRISM. 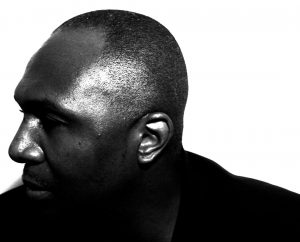 HPrizm is known for “Evoking images of Sun Ra and Afrika Bambatta at once (Jesse Sewer XL8R magazine). As the founding member of the critically acclaimed Antipop Consortium, Prizm has consistently challenged the boundaries of traditional hip-hop, winning the praise of taste makers across the globe. In the course of his career, spanning nearly a decade, With over 100,000 records sold, Prizm has shared the stages with a wide array of artists ranging from The Roots to Radiohead ,Mos Def and others. As a composer his pieces have been installed in the Whitney Biennial (NYC) as well as the Mazzoli Gallery (ITALY)- Prizm’s personal study and appreciation of audio synthesis have allowed him to provide innovate presets and sound design for several keyboard and software manufacturers including KORG, Propellerheads and Native Instruments-

Zachary Thomas Cedarholm is a Minnesota-born filmmaker. With years of award-winning short film, music video, and commercial experience, Zak has established a unique lens aimed at elevating the individual and refining the creative process. His films continue to premiere across the U.S. & Europe. Zak believes in the power of collaboration as a force which can bring us closer to the truth whether it be based in reality or completely cerebral. He currently resides in New York.