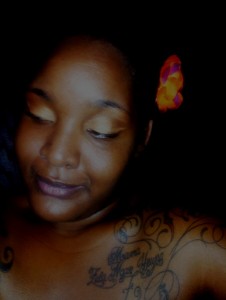 Twin Cities native PaviElle is an interdisciplinary artist focused on bringing truth to light through dance, writing, speaking, and political activism. As an actress, she has staged such plays as Steppingstone Theatre’s Young MLK (1999), Penumbra Theatre’s Black Nativity (2004), and most recently Ahanti Young’s acclaimed one-man piece, Aklound Sowell in (2012).

PaviElle has been performing professionally as a vocalist/songwriter/pianist since 1989. Her powerful, soulful voice lead her to work with Billy Holloman, Khalil Queen and Everyday People, Sinamn Jones, and EduPoetic Enterbrainment. Currently hard at work recording her first studio album, “Fear Not” (Fall 2013), she will be once again gracing stages throughout the Twin Cities this summer after a 5 year hiatus. Her live show is a dynamic mix of original Neo-Soul tunes interspersed with her own unique interpretations of the music that has inspired her to create.