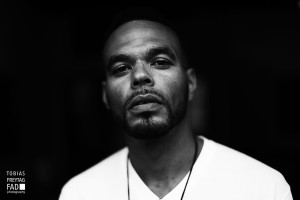 Azeem is a self educated poet and playwright who began his career as a spoken word artist in the 1990’s. Featured in the PBS special- United States of Poetry, Once ranked 2nd Best Slam Poet in the nation, Azeem went on to release 6 critically acclaimed Hip Hop albums, and has toured in 25 different countries with his work. His solo theater piece RUDE won 2nd place for best solo theater performance in NYC’s Downtown Urban Theater Festival.

He is currently infiltrating the public education system inspiring high school students in Brooklyn NY to take a new look at history, and has just completed a seventh album for a new project Broken Puppets to be released in 2016. www.thepoetazeem.com