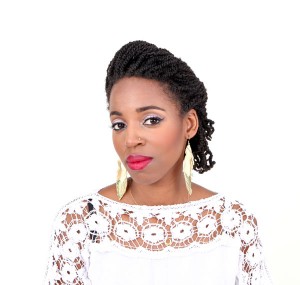 “I always wanted to be a singer ” says New York chanteuse Pyeng Threadgill. From the time she was four years old Pyeng had melodies swirling through her brain and onto a cassette tape. Playing on a miniature Casio, she would belt lyrics like “Drums are here to save you now! Ohhhhhh!” Weaving from one rehearsal studio to another with her mother, dancer/choreographer Christina Jones, Pyeng found herself cast in avant garde dance and theater pieces by downtown artists such as Fred Holland, The Urban Bush Women and her mother. These experiences of singing, writing and moving became her artistic template and quickly evolved into her favorite pastime. “I remember one of my close friend’s and I used to make a game of seeing who could write a song fastest.”

By 2004 Threadgill landed her first record deal with the album “Sweet Home: The Music of Robert Johnson” on the independent label Random Chance Records. Having a record deal allowed her to pull on a musical palette ranging from Funk to Jazz and the Blues. A year later Pyeng had completed her sophomore album titled “Of The Air” and a European tour.

For the next several years of performing and raising her now 10-year-old daughter, Threadgill wrote and developed a new body of work based on short stories by well known authors such as Jamaica Kincaid and Bruno Schulz. This song cycle entitled “Portholes To a Love” earned her a Fellowship in music composition through New York Foundation for the Arts and a third album (self released).

In more recent years, Threadgill’s interests have shifted to a deeper call to write music that “sings” for the environment. In addition, she has been spending more time alongside other noted artists such as pianist Marc Cary and LA-based dance theater company Contra Tiempo. Dipping her toes in a new theater project of her own, Pyeng assesses “The lay of the land is different in theater and that’s a little intimidating, but I’m seeing things differently and I’m trying to let myself create accordingly.”