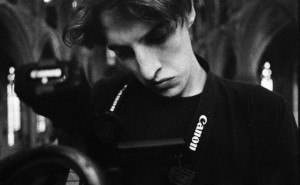 Zak Cedarholm is a Minnesota-born director, cinematographer, screenwriter, and filmmaker. Zak believes film is a key platform for investigating the individual in the larger context of humanity. He believes in the power of collaboration as a force which can bring us closer to the truth whether it be based in reality or completely cerebral. His shooting & editing style is meticulous mathematical, aimed at providing a unique lens through which one may have a tangible experience… In 2014 his short film, Postera, won the Award of Excellence at the San Francisco Film Awards.

POSTERA is a glimpse into the mystic mind of The Poet Azeem. Its a surrealist portrait aiming to elucidate the creative process as a tribute the unruled sovereign spirit within us all.