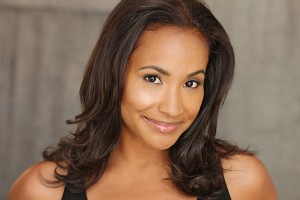 Maya Washington is an actor/filmmaker and the Creative Director of Running Water Entertainment, the parent company of White Space Poetry Project, an organization dedicated to illuminating the poetry and ideas of talented artists throughout the world. She is the Writer/Director of White Space, an award-winning short film about a deaf performance poet staring Switched at Birth star Ryan Lane, currently making the international festival circuit. She is currently in development on a documentary about her father, living football legend Gene Washington. Maya holds an MFA in Writing from Hamline University, and a BA in Theatre from the University of Southern California. Maya began her entertainment career as a child actor and has appeared in print advertisements, commercials, television, film and theater throughout the United States. You can catch her as the well-intentioned bestie, Miranda, in the web series Life Coach Chronicles, directed by Freda C. Hobbs and in Kristen V. Carter’s First Date on Aspire Network.