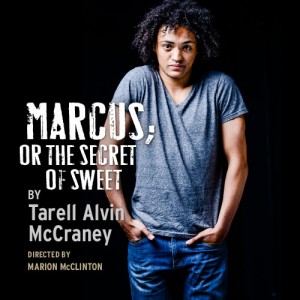 Congratulations to the cast of Marcus; Or The Secret Of Sweet for winning the 2015 Ivey Award for Best Ensemble. The production, which ran September 12 – October 5, 2014 at the Guthrie Theater’s Dowling Studio was written by Tarell Alvin McCraney and directed by Marion McClinton. Marcus; Or The Secret Of Sweet was the final installment of the “Brother/Sister Plays” trilogy. It starred Nathan Barlow, James A. Williams Aimee K. Bryant and Ahanti Young, along with Jamila Anderson, Lauren Davis, Joy Dolo, Darius Dotch, Thomasina Petris, and Mikell Sapp. It was produced by Pillsbury House Theatre and The Mount Curve Company.