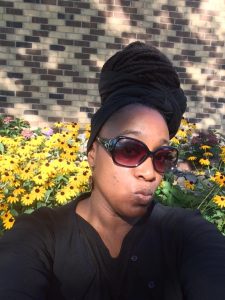 Scientist by day, dancer by night, Maia Maiden has been a pillar in the dance community for over 20 years. Born and raised in South Minneapolis, she has studied all genres of dance primarily focusing on West African, Hip Hop, and Step.  Her work has been featured in Momentum: New Dance Works 2008, the Hip Hop Theater Festival and Fringe Festival 2008 in Washington D.C., Snapshots: Reflections of Women 2010 and the Catalyst Series 2012. Her passion for cultural representation in the arts has led to the creation of innumerable powerful performances including ROOTED: Hip Hop Choreographers’ Evening- the first and only choreographers’ evening dedicated to Hip Hop dance and its’ roots in the Twin Cities, showcasing high school to professional choreographers and the multidisciplinary Sistah Solo | Being Brothas, which features solo performances by women and men of color.  With sold out shows since their inception and on the Minneapolis City Pages A-List (2009, 2010, 2013 and 2014), ROOTED received a Sage Dance Award for Outstanding Performance in 2014.

How Could You Not… is an exploration into differences in responding to circumstances across generations.