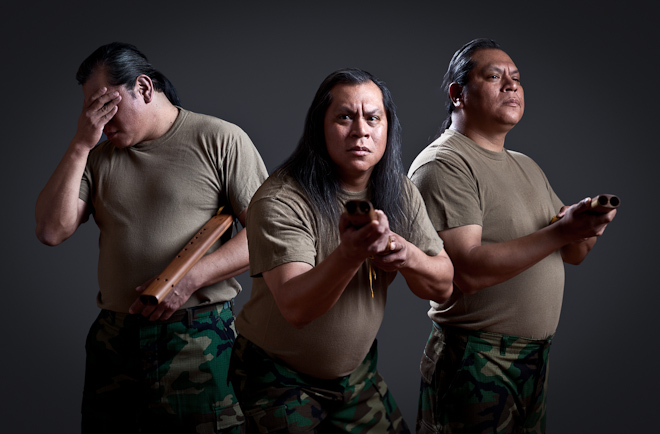 Climb aboard the USS Illusion as it cuts across the Trail of Tears. “Methods of Mass Deception” reimagines historical tragedies through the surreal lenses of modern media, using spoken word, movement, and satire to sail to the center of America’s affliction of entitlement.

M. Cochise Anderson, from the Chickasaw and Choctaw Nations of Oklahoma, is an award winning playwright, musician, and spoken-word artist. He was a founding member and Artistic Director of Chuka Lokoli Native Theatre Ensemble, at The Ensemble Studio Theatre in New York City. His first solo performance piece, “The Only Good Poet is a Read Poet,” received a Bush Artist Fellowship and his debut spoken word/music CD “The Kemosabe Therapy,” was nominated for an Indian Summer Music Award. Most recently Cochise has been a featured performer in a variety of world premieres in the Twin Cities, including at The Penumbra Theatre, Pangea World Theatre, Mixed Blood, InterAct and The Guthrie Theater.