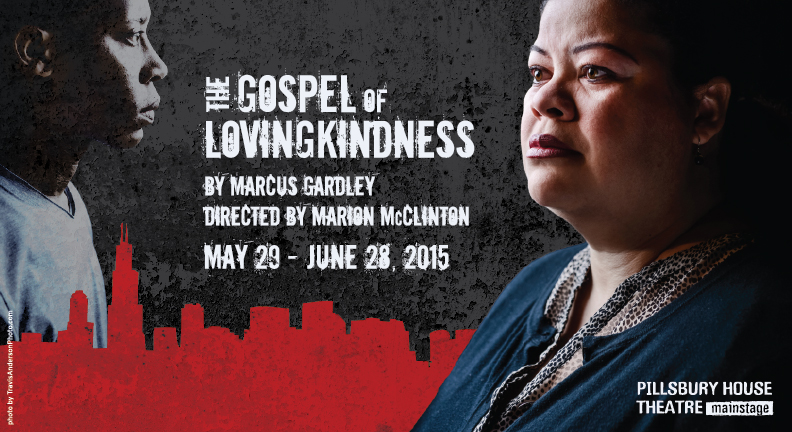 From the playwright of the road weeps, the well runs dry comes a contemporary drama inspired by true events and countless tragedies. The Gospel of Lovingkindness is a powerful and poetic story about two black mothers and their sons whose lives are shattered by the heartbreak of gun violence.

Two teenage boys on Chicago’s South Side: one struggles to stay on the track his mother has put him on, and the other is all his mother had hoped he would be. When their paths cross, history repeats herself, leaving behind two grieving mothers and a city on edge.

The Gospel of Lovingkindness is at once an urgent appeal for an end to gun violence and a prayer for forgiveness, dignity, and hope.

“a rollercoaster of emotions, from unequivocal joy to heart-wrenching sorrow and everything in between” –Newcity Stage

“Gardley crafts a very poetic script that’s more reminiscent of a gospel hymn than a traditional stage play. In many respects, it works. The same passion you’d hear from a choir singing in a church is felt in each spoken line.” –Chicago Theater Beat


Warning: Strobe lights and theatrical gun shots are used during this production.
Restaurant Partner: The Rabbit Hole
Head over to The Rabbit Hole, located in the northeast corner of Midtown Global Market, after each 7:30pm performance to discuss the show over delicious food and drink!

What is Lovingkindness? from Pillsbury House Theatre on Vimeo.