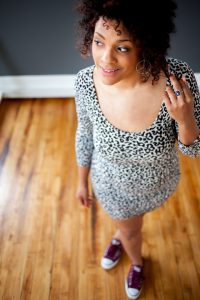 Lisa Marie Brimmer is a Queer, Black, Transracial Adoptee poet and arts based community organizer. She is a two-time Givens Foundation for African American Literature fellow, has recieved a Playwrights’ Center Many Voices Fellowship and is a current graduate Fellow at the University of St. Thomas in English Literature. Her work has been published in Ishmael Reed’s Konch Magazine, Gazillion Voices Magazine, On the Commons Magazine and in Burn Something zine. Her improvisational music collective, High Society, has been featured on Minnesota Public Radio, KFAI and various stages throughout the Twin Cities and Wisconsin. A playwright, scenes of her work in progress INTELLECTUAL PROPERTY were devised and workshopped with Savage Umbrella in the Summer of 2016. Recent curatorial credits include A Tribe Called Queer: Can we kick it? (2015) and she was a collaborative queerator of 2016’s Queertopia Cabaret produced with Bedlam Theater at Intermedia Arts.