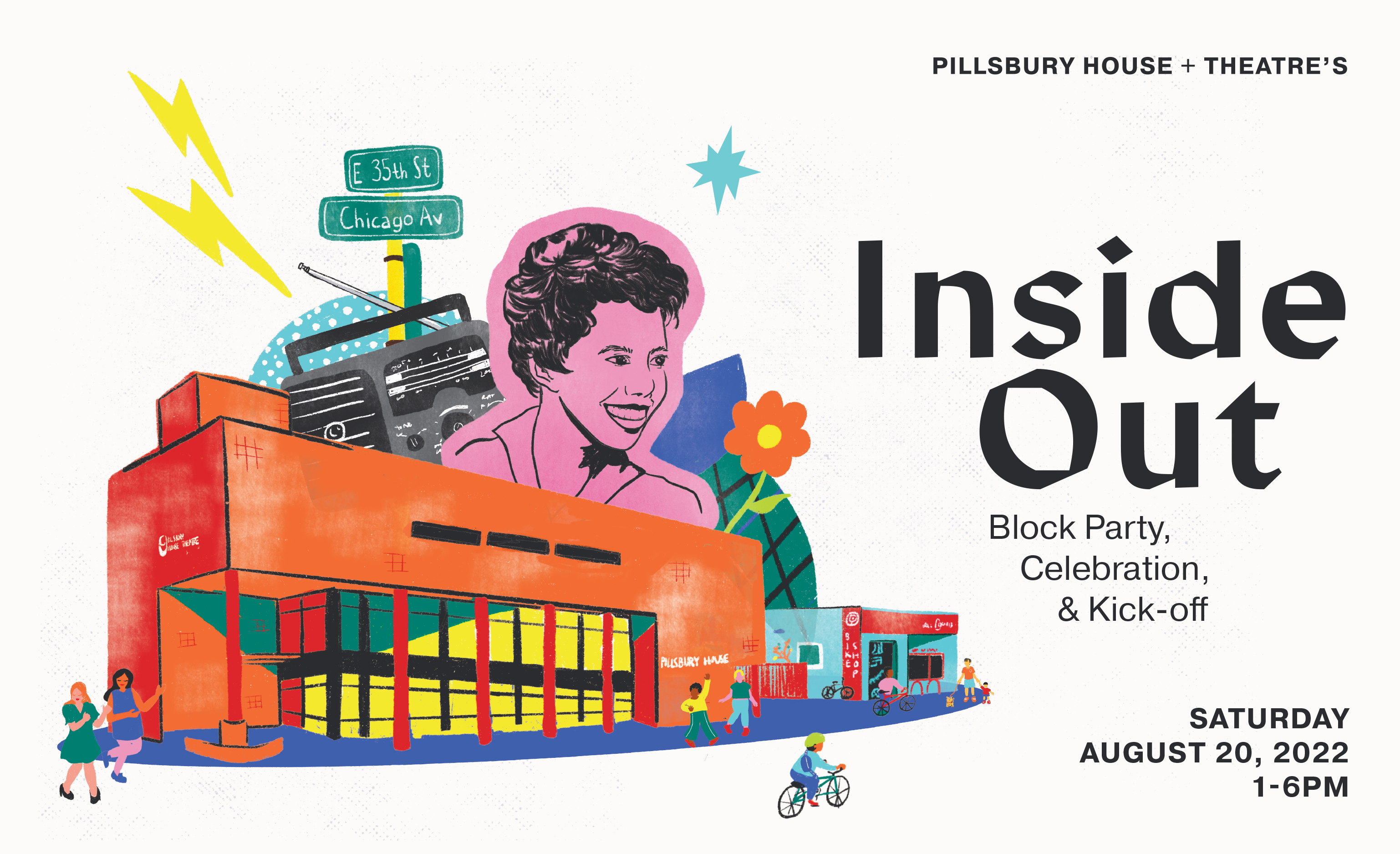 Pillsbury House + Theatre is thrilled to announce the arrival of the Lorraine Hansberry Initiative’s To Sit Awhile statue by Alison Saar, celebrating the renowned American playwright and civil rights activist Lorraine Hansberry, from August 16 through September 15. The statue and surrounding exhibit will be activated by artistic collaborations and events featuring the work of renowned Black artists, local community groups, and a collection of young artists throughout the months of August and September. It all kicks off with a community celebration on August 20 honoring Pillsbury House + Theatre’s 30th Anniversary as a professional theatre company and KRSM Radio’s 5th Anniversary.

ABOUT THE BLOCK PARTY:

ABOUT TO SIT AWHILE:

Created by famed sculptor Alison Saar as part of the Lorraine Hansberry Initiative, To Sit Awhile is an installation that features five chairs representing different aspects of Lorraine Hansberry’s too-short life and under-recognized legacy as a playwright, journalist, and civil rights activist for Black, female and queer voices, inviting community members to “never be afraid to sit a while and think”.

Inspired by Lorraine’s quote “I suppose I think that the highest gift that man has is art, and I am audacious enough to think of myself as an artist,” these chairs will be elevated by contributions from a curated selection of artists including 2022 Windham-Campbell Prize winner and 2022-2023 McKnight Fellow in Playwriting Sharon Bridgforth, celebrated poet and Minneapolis City Council President Andrea Jenkins, Twin-Cities based playwright and actor Vinecia Coleman, and CEO and publisher of the Minnesota Spokesman-Recorder Tracey Williams-Dillard as the Audacious Artist Series. Pillsbury House has also commissioned 6 Black high school age artists to each create a piece inspired by Lorraine Hansberry’s work in connection with the sculpture as the Audacious Artist Cohort. These works will be on display in conjunction with the exhibit.

The installation comes to Pillsbury House + Theatre after its launch in New York City’s Times Square and will be activated with multiple performance events and community engagement activities, which will be led by Free Black Dirt, the Minnesota African American Heritage Museum & Gallery, In Black Ink, Black Women Speak, Million Artist Movement and others. To Sit Awhile will be installed in PH+T’s parking lot just south of its building on Chicago Avenue where audiences last summer heralded What to Send Up When it Goes Down and solidified the parking lot as an open and inviting programming space. To Sit Awhile will also visit Washington D.C., Atlanta, Seattle, San Francisco, Los Angeles, and Chicago after its time in Minneapolis.

The Lorraine Hansberry Initiative is a project by The Lillys, an organization dedicated to celebrating, supporting, and advocating for women theater artists by promoting gender parity at all levels of theatrical production. The Initiative aims to keep current national conversation about race, justice, and economic equality going by honoring Lorraine Hansberry and add to the growing movement to honor women and people of color with physical monuments, as well as alleviate the financial inequality that discourages women and non-binary playwrights of color from pursuing graduate degrees in their chosen art form. Find more information here.