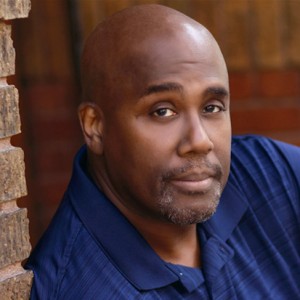 James A. Williams and Pillsbury House Theatre are participants in the Fox Foundation Resident Actor Fellowships, funded by the William & Eva Fox Foundation and administered by Theatre Communications Group.

During his 4-year stint in The Guthrie Theatre Acting Company from 1990 – 1994, he worked with a celebrated group of directors Including Doug Hughes, Bill T. Jones, Robert Woodruff and Bart Sher. Going into the new millennium, Williams has an extensive performing history in regional theater circuit with Centerstage, The Goodman, Mark Taper Forum, The McCarter Theatre , Seattle Rep and Yale Rep performing the works of August Wilson and Lorainne Hansbury  under the direction of Marion McClinton, Tim Bond and Timothy Douglas. He performed multiple roles in the Kennedy Center’s August Wilson’s Century Cycle in 2008 and Off-Broadway in Jitney, My Children! My Africa! & August Wilson’s The Piano Lesson. The highlight of his stage career was to have Mr. Wilson create a character for him (Roosevelt Hicks) in his final play Radio Golf. He was one of three actors to remain with the show from its world premiere at Yale Repertory Theatre to its Broadway production.

While establishing a national profile James managed to deepen his commitment to the MN Theater community.  As an artistic associate with Pillsbury House Theatre he was Artistic Director for Chicago Avenue Project for 2 years before officially coming on board as Director of Teen Programing where he originated Power of Our Voices, the teen social justice ensemble. He served as Co-director and acting coach for Seeds of Change program in St Paul using theatre to teach manhood skills to African American Boys and The Hennepin County Home School Theatre Project (a six week playwriting workshop teaching incarcerated youth to use theater as alternative path to express themselves).

James will performing in Pillsbury House Theatre’s Scapegoat in 2016.

The William & Eva Fox Foundation, a private grantmaking foundation, is committed to the artistic development of theatre actors as a strategy to strengthen live theatre. The Foundation is the largest grantmaker solely dedicated to the artistic and professional development of theatre actors, and one of very few that provides direct support to individual actors.