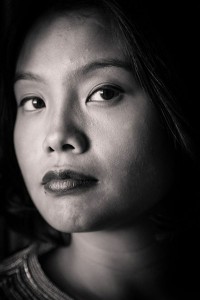 What does it mean to be a multiracial/multicultural/multilingual global nomad in the 21st century?  Eliza Rasheed traces her life for an answer, searching through her memories from growing up in a working class neighborhood in Taipei, Taiwan, to moving to the island of Male’, the Maldives. A young girl surrounded by a new language, new objects, and a father she hardly knows. With her pink suitcase as her constant companion Eliza re-defines borders that allow her to live “in-between.”

Eliza Rasheed was trained as an actor, dancer, playwright, and director. She tells the stories drawing from her own life and lens as an Asian multiracial woman who has lived in five different countries. Eliza became a performance artist because she hardly ever saw herself reflected on stage. She has been a Many Voices fellow through the Playwrights’ Center, a Unit Collective Core Member, and is a Theatre Teacher at Linwood Monroe Arts Plus.