The Best Thing Since Sliced Bread
Performed by CAP kids and their acting mentors & written by local playwrights
Monday, February 3rd at 4 pm and 7 PM

All performances are free and family friendly. Just show up!

Easy as Pie, features ten original, short plays written by professional playwrights, directed by professionals, and performed by some of the Twin Cities’ top theatre artists in partnership with South Minneapolis youth.

Take the Cake features eight original, short plays written by neighborhood youth in partnership with professional dramaturgs, and performed and directed by some of the Twin Cities’ top theatre artists.
November 18 and 19, 2013

The Chicago Avenue Project: Once in a Blue Moon

Pillsbury House Theatre’s award-winning Chicago Avenue Project presents “Once in a Blue Moon.” With a colorful cast of dragon slayers and dragon tamers, haunted volcanoes, intergalactic fashion police, and a hypocritical hypochondriac, “Once in a Blue Moon” features ten original, short plays written by professional playwrights, directed by professionals, and performed by some of the Twin Cities’ top theatre artists in partnership with South Minneapolis youth.

Thanks to Ben McGinley for great editing on our new Chicago Avenue Project video. It’s both a fun introduction if you don’t know the project and a … END_OF_DOCUMENT_TOKEN_TO_BE_REPLACED

When the kids write the plays. . .

The second production of 2012 Chicago Avenue Project is coming Monday, October 22 and Tuesday, October 23. Performances at 7 pm both nights and also at 4:30 pm on Tuesday. This is the one where the kids write the plays and a duo of local professional actors bring them to life. Last year’s production included Frankenstein and the Walking Dead going to the Mall of America to see Taylor Lautner sing and the immortal line that “even the dead have feelings.” It also included a story of Vampire Strawberries, pictured below. (Photos by Aaron Fenster.)

ABOUT THE CHICAGO AVENUE PROJECT:

Since 1996, the Chicago Avenue Project has brought local youth together with the Twin Cities’ best adult playwrights, actors, and directors to create and produce original plays.

The Chicago Avenue Project features two performances each year. For the spring performance, kids and their adult acting mentors star in 10-minute plays written just for them by adult playwrights. For the winter performance, kids and their adult playwriting mentors write 10-minute plays that are performed by adult actors. The result is original theatre that is heartwarming, hilarious, and infused with the brilliance of young minds.

The project is not about teaching youth to perform, though they do learn acting—nor is it about teaching them how to write plays, though they learn that, too. The Chicago Avenue Project gives every child—no matter their circumstances—the opportunity to discover that they have a lot of creativity and value to offer. 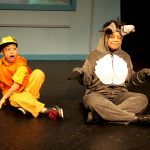 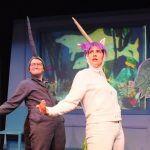 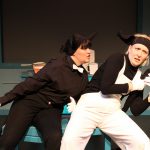 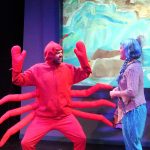 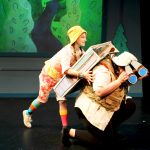 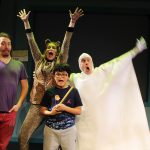 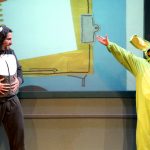 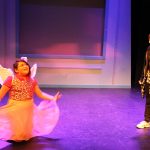 Chicago Avenue Project: How did CAP start? from Pillsbury House Theatre on Vimeo.

Behind the scenes with Chicago Avenue Project – Video by Usry Alleyne from Pillsbury House Theatre on Vimeo.

PAST SEASONS OF CHICAGO AVENUE PROJECT:

2016
It’s not Rocket Science: The Best of the Chicago Avenue Project
The Devil is in the Details

2009
Forward/Reverse
Eyes on the Prize

2006
Sky’s the Limit – The Best of the Chicago Avenue Project
All Dressed Up & Nowhere to Go
Sumthin’ Fishy Going On!

2004
You Snooze You Lose
Breakfast of Champions

2002
Lights Out: Plays in the Dark
Keep the Ball Rolling
Opposites Attract

Winner of the White House’s 2005 Coming Up Taller Award