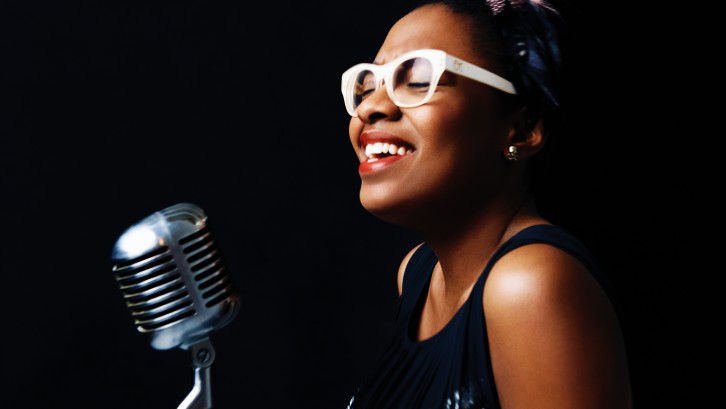 ABOUT CECILE MCLORIN SALVANT
Cécile McLorin Salvant has exploded on the jazz scene as a masterful interpreter of song, with a canny ability to select unique and rarely performed repertoire. The New York Times proclaims: “She radiates authority and delivers a set with almost a dramatic arc.” Salvant’s odes to her predecessors encompass organic assimilation and brave creativity. Such a skill set is necessary when taking on the music of Billie Holiday. Admittedly taken aback by Holiday during her initial introductions, the idiosyncratic giant of jazz later became one of Salvant’s primary inspirations. Her Mack Avenue debut CD, Womanchild, includes a grooving rendition of the Rodgers & Hart standard, “I Didn’t Know What Time It Was,” which Holiday famously recorded in the 1950s. As part of our Billie Holiday centennial celebration, Salvant delves further into her vast catalogue, with a performance that will surely ignite a renewed appreciation for “Lady Day.”

Thanks to our media partner for this event, KBEM Jazz88 FM.