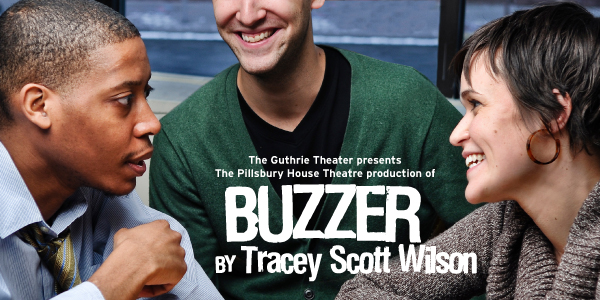 A combustible mixture of race, class, and sex simmers just below the surface in this piercing dark comedy. The Guthrie Theatre presents the Pillsbury House Theatre production of BUZZER by Tracey Scott Wilson, directed by Marion McClinton, February 8-March 3, 2013.

They say you can never go home again, but African American attorney Jackson is determined to show off his success. When he returns to the mean streets of his youth with his white girlfriend and best friend, he discovers a changing neighborhood where race, sex and class are what everyone is thinking about but no one is confronting. This piercing dark comedy was universally praised as “important,” “compelling” and “hilarious and tragic” during its sold-out world premiere production at Pillsbury House Theatre in 2012.

View the calendar for performance dates and times »

“Director Marion McClinton’s work in Buzzer is like that of a master DJ. He segues quickly and seamlessly between scenes while keeping everything and everyone in balance and in the groove. His quick-change work, complemented by the superb performances of a magnificent trio of actors, sharpens the tensions in Tracey Scott Wilson’s compelling new drama.” ~ Star Tribune

“(Buzzer) deals with issues swirling around race and gentrification head-on, but it truly makes its case with the thorny, complex relationships among the three characters.” ~