The making of Flip the Script was anything but ordinary. For the first time in Pillsbury House Theatre’s history, the cast rehearsed separately, over Zoom, recording their lines in homemade sound-proof booths. Once their parts were recorded, each episode was meticulously edited together from five separate audio sources by Sound Designer Katharine Horowitz. We chatted with her about her process, the election, and more. 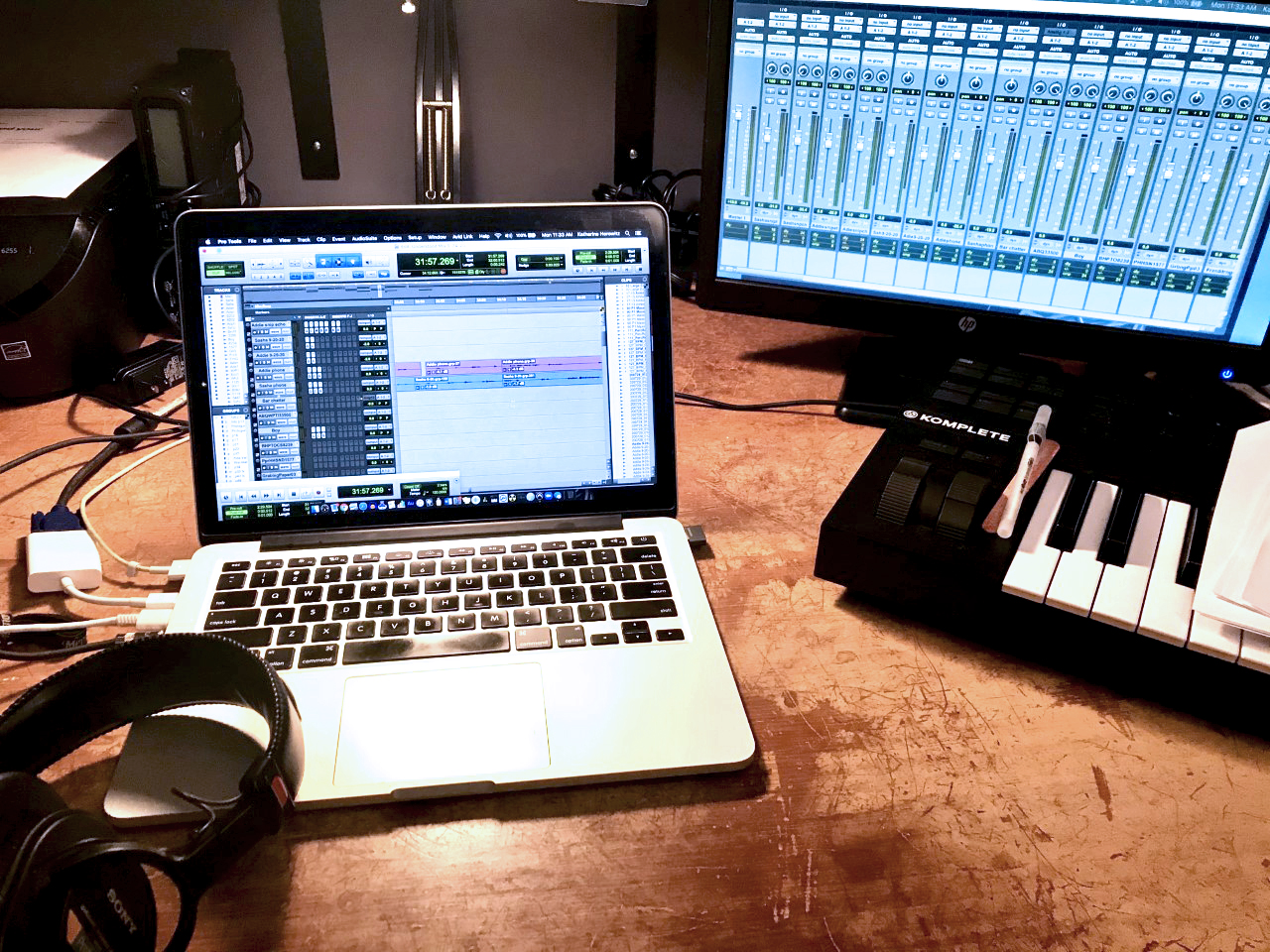 What does your process look like for each of the episodes?

After a couple weeks of online rehearsals, we began recording the actors. Equity rules do not allow us to put actors together in a recording studio right now, so KRSM station manager Brendan Kelly delivered each of the them an audio recorder and microphone and gave a tutorial. The problem is that everyone’s setting at home is different and not ideal (I asked a lot of the actors to make themselves a pillow fort in order to absorb room tone), and not everyone is skilled in properly setting audio levels and mic placement. So the quality of the recordings varied quite a bit and I was limited in how much I could fix all of that in post-production. (Also, downloading and organizing sixty zillion Tascam files uploaded to Google Drive was bananas.)

Once all the dialogue is recorded, re-recorded to fix flubs, and organized, I throw it into Pro Tools and EQ and compress it the best I can. If anything needs reverb or pitch adjustment (such as Nora’s penultimate dialogue in Mt. Rushmore), I carefully choose from a variety of parameters to best achieve that effect. I then add the sound effects and Queen Drea’s music, precisely timing them and adjusting their volume levels so that they sound natural to the dialogue and overall environment. When everything is roughly set, I send an edit of the mix to our director Noel for notes. This goes back and forth for a while – re-editing, notes, re-editing, notes – until a final mix is complete! It’s a lot of careful and repeated listening.

You’ve worked on three of the four years of the Great Divide. How does it feel to be wrapping up the series this year, as we head into an election?

There’s a sense of relief because this has been such an intense project for four years, and I’m quite proud of the work we’ve done. But I also have uncertainty because I have no idea if anything has really gotten better or changed in those four years. Honestly, I wish I could answer this question with a sense of hope and optimism, but I gotta tell you… I don’t have that. I really, really don’t. It doesn’t look good for this country. I feel very distressed and anxious and I wonder how much theatre can play a role in helping to heal what is so clearly broken.

What’s it like to work on audio plays in this moment where we can’t gather together for live theater? How does it compare to doing sound design for live shows?

Editing and creating content for an audio play is some of the most challenging work I’ve ever done. It’s so much more meticulous than designing sound for a live play (people are listening in a more intimate manner) and so much more involved because it’s almost just sound. No lights, so set, no costumes; just sound and acting and writing. It’s a different skillset that I had to learn quickly and am still learning. However, I love what I do and I love sharing the beauty of sound design with audiences, so I was excited for this challenge. Plus, I’m grateful to have work and to be able to creatively collaborate with my friends and colleagues, even if that collaboration is a little weird right now (aka, Zoom rehearsals and no live audience). I didn’t realize until a couple months into the pandemic how much I really rely on collaboration and creativity to fuel me. Working with others to tell stories gives me purpose. It’s who I am.

All episodes of Flip the Script: The Great Divide IV are streaming now through November 30.