The 2020 Fellows were selected by a panel of artists comprised of past Naked Stages recipients and other professional artists, including A.P Looze, Aamera Siddiqui and James Williams. 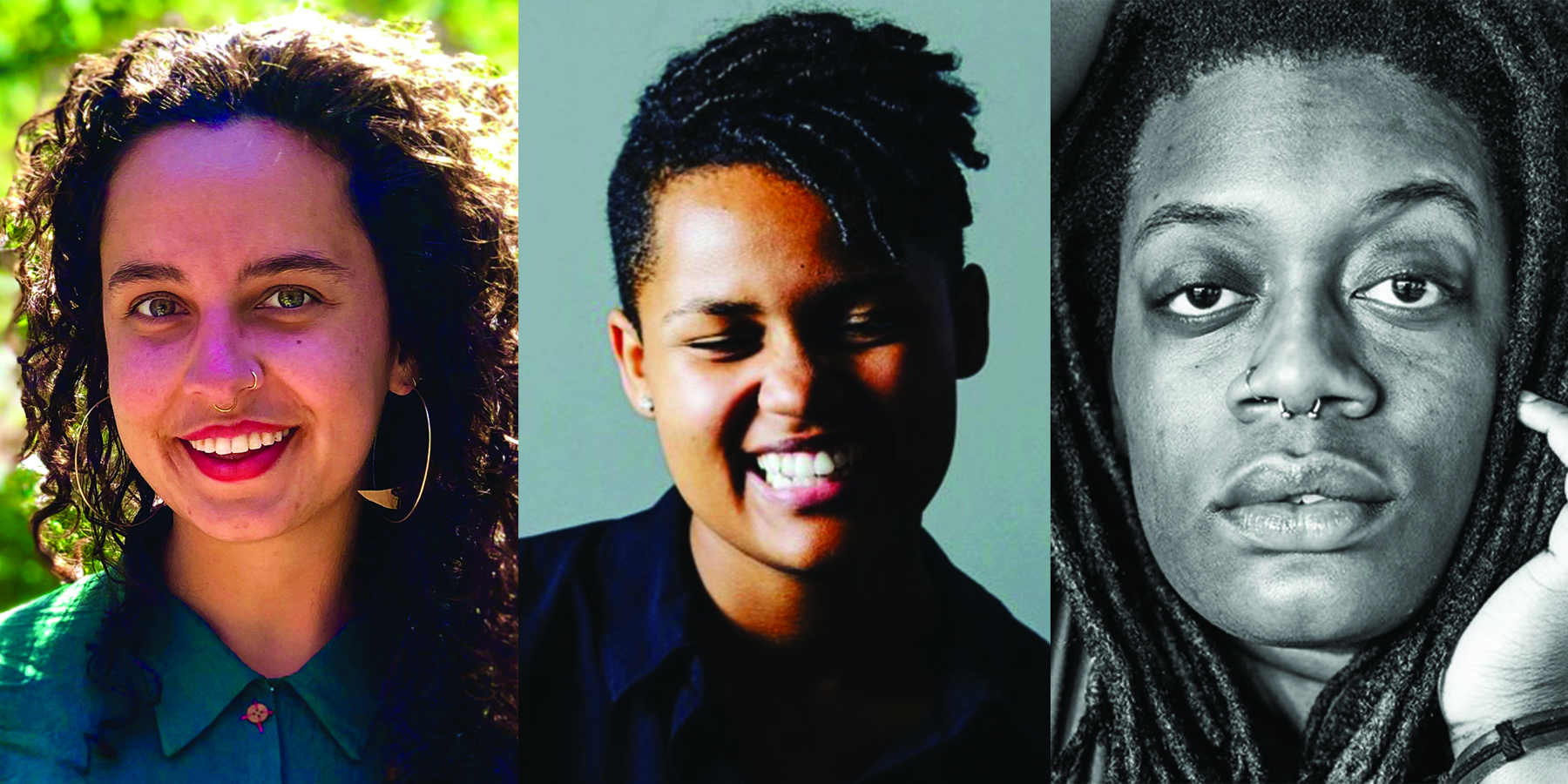 About the 2020 Naked Stages Fellows:

Bio:
Alia Jeraj (she/hers) is a singer, writer, and educator in the Twin Cities. A classically-trained vocalist, Alia has shifted her focus towards studying the folk and traditional songs of her ancestors. She performs with groups including Nanilo, a vocal trio rooted in traditional harmonies from Eastern Europe, Artemis, a treble vocal ensemble focused on experimentation and improvisation, and Mixed Precipitation, a theatre company that celebrates the harvest season through opera. Her writing appears in publications including Pollen, American Craft, and the Twin Cities Daily Planet. When she’s not working to help teens achieve their educational goals, singing, or writing, you can find Alia biking around the cities, learning to embroider, or sipping iced coffee.

Project:
Alia’s project will explore how memories are lost, maintained, and re-learned as people migrate across oceans.

Project:
Atlese’s project will explore the stages and various kinds of grief as it relates to the Black (American) experience.

Bio:
In non-pandemic times, C. Michael Menge (They/them & he/him) is an actor, improvisor, theater-maker, and playful young fool known for their work with the Jungle Theater (Hand to God; Little Women; Redwood), The Boys of the Year (BOTY Presents: Peter Pan and Wendy), Children’s Theatre Company (Snow White), the Black Ensemble Players (A Midsummer Night’s Dream), The Playwrights’ Center, Blackout Improv Comedy, and more. They are currently one of the co-coordinators of both the Black & Funny and Queer & Funny improv festivals at HUGE Improv Theater, and in 2019 were named Best Actor by City Pages.

Project:
C. Michael’s project is shifting as the world shifts, but what we do know: It is a party, a celebration that centers embodied joy, black joy, black trans joy, self-love, and self-exploration as a means of survival and healing.

2020 marks Pramila Vasudevan’s fifth year as Director of Naked Stages. A creative opportunity unlike any other in Minnesota, Naked Stages is a 7-month development program that provides time, financial support, and mentoring to three early career artists as they develop their unique voices as performance artists and creators. Twice a month, they also participate in workshops focused on the business side of art, from audience development to technical support, helping to develop their unique voice into a sustainable, artistic career.

The scheduled performance dates for the 2020 Naked Stages artists are December 10 – 19, 2020. We are continuing to evaluate the situation with COVID-19 and will keep you apprised of any changes.

COVID-19 Emergency Funds for Artists
The Show Will Go On!