This fall, Pillsbury House Theatre will premiere an audio series titled Flip the Script: The Great Divide IV. Each year since 2017, Pillsbury House Theatre has commissioned five playwrights to produce 10-minute plays tackling the growing political divide in America. This year, for the fourth and final installment, five previous Great Divide playwrights have been invited back to write a new piece to accompany their earlier play. The series will be released in five parts, with each episode featuring two audio plays by one playwright. By juxtaposing playwrights’ earlier works with pieces written in this election year, Flip the Script is a powerful examination of the past, present and future of our political landscape. 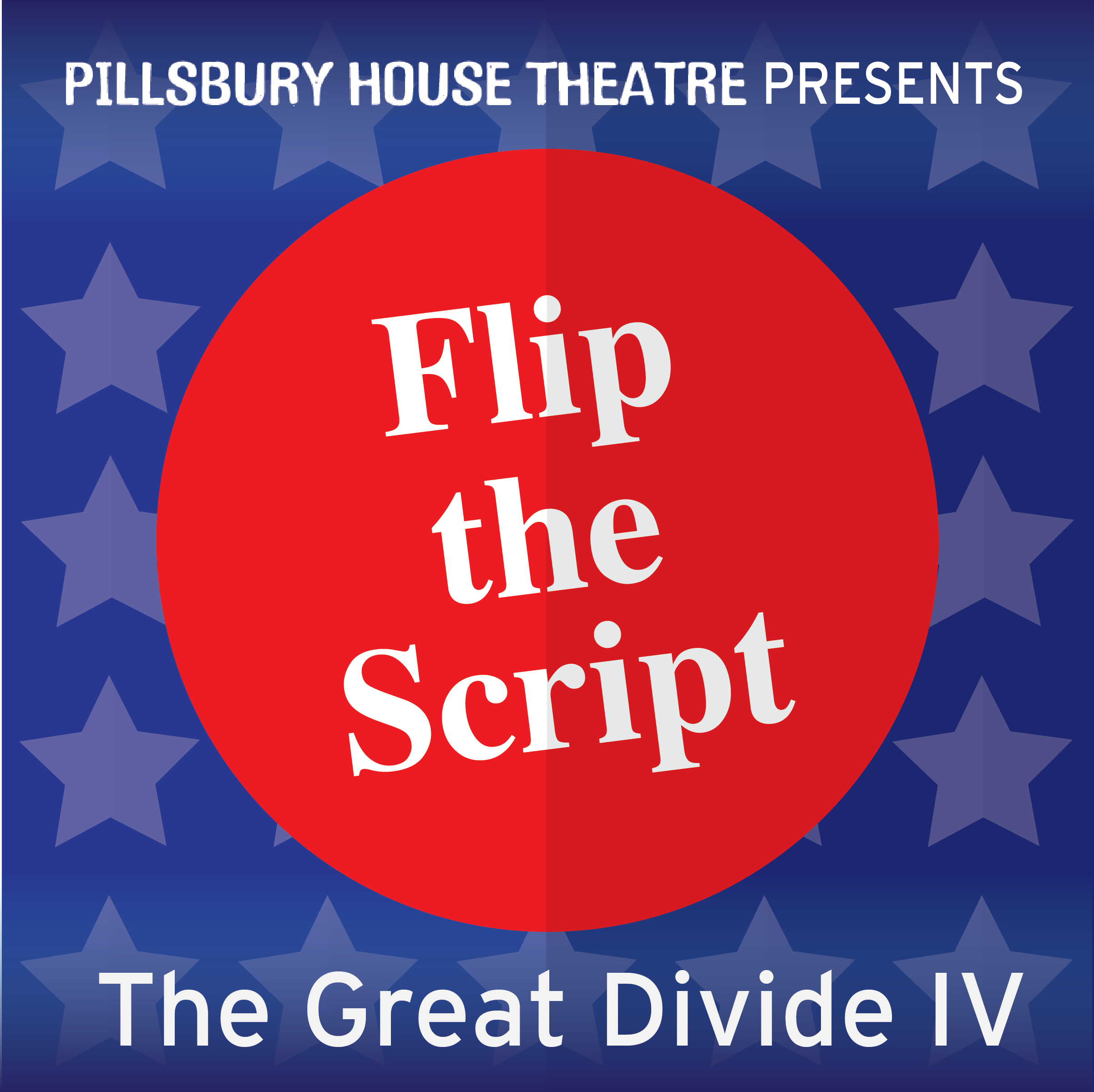 During the 2016 presidential election, the American political landscape ruptured into one of the most heated divides in recent history. In response, Pillsbury House Theatre began The Great Divide project, a series of 5 new 10-minute plays each year tackling the rising political tensions in America. As we head towards the 2020 election on the heels of a pandemic and a global uprising, that divide has grown even larger. For the fourth and final installment of The Great Divide, Pillsbury House Theatre has invited five former Great Divide playwrights to write a companion piece to their earlier work, examining the ways the political culture has shifted from then to now. The result is an incisive look at the past, present and future of the American political divide.