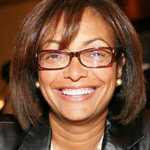 Faye has served as the co-producer of PHT mainstage productions since 2000.  As an actress, she most recently appeared in the PHT productions of The Story, Bel Canto, Boesman and Lena and [sic] and served as co-director of the PHT production of Mr. Bundy.  From 1995 through 1999, she served as dramaturg for the Guthrie Theater working on over a dozen productions including Crowns directed by Tim Bond, Summer and Smoke directed by David Esbjornson, The Magic Fire directed by Libby Appel, and Thunder Knocking on the Door, directed by Marion McClinton.  As an actor, Faye has worked extensively at the Guthrie Theater, Penumbra, Mixed Blood Theater, and Illusion Theater.  Nationally, some of the many stages on which Faye has appeared include:  Circle in the Square in NYC, Center Stage in Baltimore, and the Oregon Shakespeare Festival.   Faye is an alumnus of the Salzburg Seminar. She has also served as a panelist for the McKnight Fellowships for Theater Artists and as a literary reviewer for the NEA/TCG Theater Residency Program for Playwrights in 1997.  Awarded the August Wilson Fellowship to study Dramaturgy and Literary Criticism, Faye received her graduate degree from the University of Minnesota. 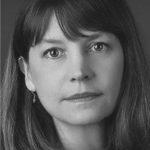 Noël holds an MFA in Acting from the University of Minnesota and a BFA from Ithaca College in New York. She currently serves on the Boards of Directors of the Multicultural Development Center and the Burning House Group Theatre Company which she co-founded in 1993. She is also a company member of Carlyle Brown and Company. She has taught acting classes and theatre movement in multiple settings to children, college students and adults with developmental disabilities.  Noël is an Equity actor who has performed with Pillsbury House Theatre, the Burning House Group, the Guthrie Theater, Penumbra Theatre, Bryant Lake Bowl, and Minnesota Festival Theatres in Minnesota as well as the Hangar Theatre in New York.  Noël’s directing credits include Underneath the Lintel, An Almost Holy Picture, Far Away, Angels in America:  Parts I and II, and [sic] at Pillsbury House Theatre, From Shadows to Light at Theatre Mu, The BI Show with MaMa mOsAiC, and multiple staged readings and workshops through the Playwrights’ Center, among others.  Noël  has served on numerous panels including TCG/American Theatre, the Minnesota State Arts Board, the Playwright’s Center and United Arts, to name a few. 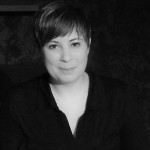 Elizabeth has been a freelance stage manager in the Twin Cities for over 10 years. As a stage manager she has worked with Pillsbury House Theatre, History Theatre, Jungle Theater, Mixed Blood Theatre, The Guthrie Theater, Penumbra Theatre, as well as others. In 2011 she took became the production manager of Pillsbury House Theatre. Elizabeth is a proud member of Actors Equity Association and holds a BFA in Theatre Production from Rockford College in Rockford, Illinois. 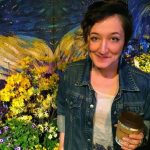 Kurt Kwan has been creating performances and facilitating dialogues around issues of Diversity and Inclusion with the Breaking Ice company since 2001. He also manages the Late Nite and Naked Stages programs.  As an actor he has performed with Ten Thousand Things, The Walker, Childrens Theatre Company, Mu Performing Arts, New York Asian American Writers, The History Theatre, and Theatre La Homme Dieu.

For nearly twenty years Hoyt has been producing, managing, and directing arts-based community development projects and youth development programs, while making his own art in his community. Creating and facilitating unique shared experiences that connect diverse and often nontraditional art audiences drive his art practice. Hoyt’s work has been exhibited locally and abroad at the Seoul Olympic Museum of Art, Arts At Marks Garage in Honolulu, University of Hawaii Art Gallery, Pillsbury House + Theatre, Soap Factory, Soo Visual Arts Center, Intermedia Arts, Franconia Sculpture Park, Art Shanty Projects, and the Walker Art Center among others. He has received awards from the Minnesota State Arts Board, a Northern Lights.mn Art(ists) on the Verge Fellowship, a Jerome Visual Artist Fellowship, and a McKnight Visual Artist Fellowship.

Hoyt has the added benefit of raising a family three blocks from PH+T and is honored to have the opportunity to engage local artists and community members in creative practice towards the development of a vibrant and healthy community for all of its members. 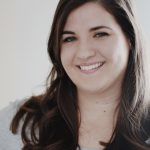 Kari has been directing and acting in plays since she was a kid. As an adult she has worked at Wonderlust Productions, Theatre Latté Da, Twin Cities Theater Camp, and Cristo Rey Jesuit High School. Kari believes in theater that generates new ideas, empowers new voices and sparks creativity.

Pramila Vasudevan is the director Naked Stages, artistic director of Aniccha Arts and is an experimental artist who creates immersive performance environments using an interdisciplinary voice of movement and electronic media. She is a 2017 Guggenheim Fellowship recipient. 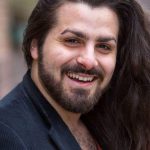 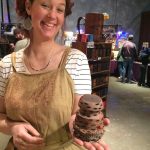 Masanari Kawahara is a performer, designer and educator who incorporates puppetry, mask, and movement into his work. He was a company member of In the Heart of the Beast Puppet and Mask Theatre (HOBT) from 1998 to 2009. His last production as a company member, A Path Home: A Story of Thich Nhat Hanh (2009) which was chosen as outstanding puppetry by Lavender. He was the co-creator and designer of GOTAMA: Journey to the Buddha (2006), recognized by City Pages as one of the ten great sets/scenic designs of the year. Currently he is working on HIROSHIMA (work-in-progress) to be presented by Pangea World Theater for spring of 2013. He is a Playwrights’ Center McKnight Theater Artist Fellow (2010-2011).