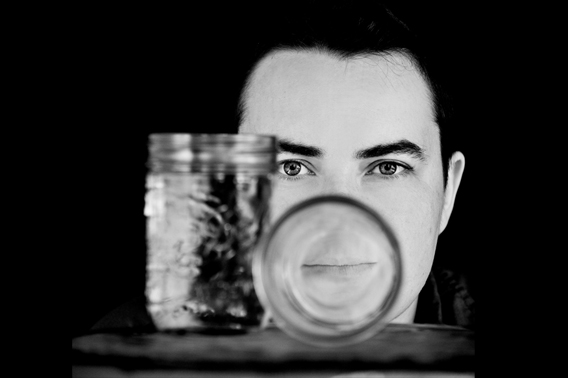 IN AND OUT OF THE BODY

What do you do with facts that haunt you? How does the body reconcile trauma and hope? Moe Lionel travels from the depths of a swimming pool in L.A. to a bathtub full of ice in Minneapolis, mapping genealogies of violence, masculinity, and whiteness held in his body. Performed by Moe Lionel. Directed by Gabrielle Civil and Ellen Marie Hinchcliffe.

Moe Lionel, made his performance debut in Kelley Meister’s Naked Stages piece, Seducing Those Who Are Afraid, at the Pillsbury House Theatre in 2010. Now, he returns to the stage with his own recorded audio, prose, and movement to tell stories of reconciliation. His work focuses on the intersections between genealogies, social and political struggles, trauma, families, and (trans) bodies. He has read his work at the Bedlam Theatre, the Vine Arts Theatre, and Dreamland Arts. His first solo show, it runs in the family, directed by Nastalie Bogira, debuted at the Bedlam’s Ten Minute Play Festival this past spring. He yearns for and in moments, finds hope for a world where it is a little bit easier to breathe.