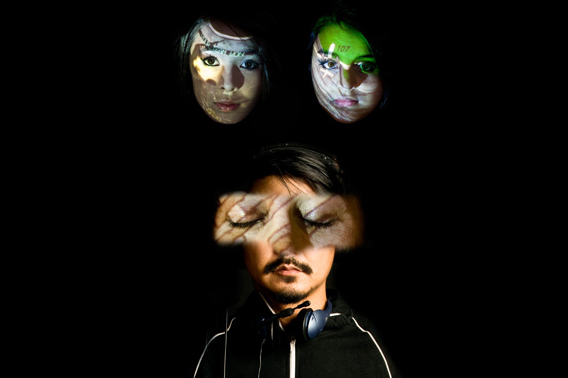 A CIA operative, pilot of an unmanned aerial vehicle, a drone, bombs targets in South Asia while struggling to be a good father and a husband. Video, mime, shadow puppetry, dance, and acrobatics combine in a pageant of stunning images set to original pop music fashioned after today’s top-40 hits. Should we all just tune in and engage our inner Autopilot? Performed by Ephraim Eusebio, Lily Eusebio, Angelique Lele, Rabiya Sehgal-Larocque, Andrea Grey, Nathan Brende, Chrys Laramy. Directed by Masanari Kawahara.

Ephraim Eusebio is a first generation Filipino-American artist born in South Minneapolis and predominantly raised in central Illinois before coming back home after graduating with a major in Studio Art from Knox College. He has lived in South Minneapolis since 1992 and worked as a Scenic Artist with The Children’s Theater, The Guthrie Theater, Mu Performing Arts, and Barebones Productions, and has performed with Galumph, Barebones, and In the Heart of the Beast. Ephraim is also known as a member of local  punk and rock bands over the last 20 years, including The Danger Board, Flizon Rice, Dashing Everywhere, Tricycle, Count Jugula,  and Last Legs. For this performance he is excited to have his 12-year-old daughter, Lily, will be joining him onstage.